The purpose of this organization shall be:

The Board shall determine the amount of the annual membership dues.  All Membership dues are due January 1st of each year.  Dues will be paid on an annual basis.  If a member joins during the year, they will be prorated dues.  Any member whose dues are not paid within 30 days will be suspended from membership.

The administration of the affairs of the Association shall be vested in a 7 member Board of Directors composed of:

A Director may resign at any time upon written notice to the Board.  Two unexcused absences in any calendar year from Regular Meetings may qualify a Director for removal upon approval of a majority of the remaining Directors.  The President will notify the Director of that fact via certified mail service.  In addition, the Board may remove a Director with or without cause by a two-thirds vote of the Board at any time with due notice given to all parties.

It is permissible for the Board to contract the services, products, or goods, etc. of a Director.  To insure a conflict of interest does not exist between Directors and DARA a Director shall make full disclosure of any proposed business transaction and refrain from voting on or otherwise influencing any decisions regarding said transactions.

Within a period of thirty (30) days following the conclusion of each fiscal year, the Board shall cause to be carried out an appropriate review of the financial affairs of the Association together with the preparation of a financial statement, a copy of which, forthwith after approval by the Board, shall be distributed to all Members and Associate Members in good standing.

The fiscal year of the Association shall end on the 31st day of December each year or on such other date as the Board may from time to time, by resolution, determine.

The Board of Directors shall meet quarterly and for special meetings called by the President or two of the directors.  Special meetings may be called with at least 48 hours advance notice by email.  A majority of the directors shall constitute a quorum.  When a quorum is present, a majority of the voting members shall decide any matter properly brought before the meeting.

Nominations of Officers and Directors shall be published 30 days prior to the annual meeting, and election of Officers and Directors shall take place at the annual meeting.  Nominations for officers and open directorship shall be made to the nominating Committee by any member each year at least 30 days prior to the election.  Voting procedures shall be determined by the board of directors, and the nominee receiving the majority of the votes cast shall be declared elected.  And if more than one director is to be elected, the nominees receiving the second most, and the third most votes shall be declared elected and so on, until all vacant directorships are filled.  (Nominations presented in September, voted on in October).  [Target meeting months of January, April, July and October]

The office of the Association shall be designated by the board of directors.

The corporation shall indemnify any and all of its directors or officers or former directors or officers or any person who may have served at its request, against expenses actually and necessarily incurred by them in connection with the defense or settlement of any action, suit or proceeding in which they, or any of them, are made parties, or a party by reason of being or having been directors or a director or officer of the corporation, except when such officer, director, agent, former officer or former director shall be determined in such action, suit or proceeding to be liable for willful misconduct in the performance of duty.

These Bylaws may be amended by an affirmative vote of two thirds of the members present at any regular, annual or special meeting of the Association, provided the proposed amendments were first approved by the board of directors and that such proposed amendment had been published in writing at least ten days prior to the meeting in which action is to be taken.

View rentals from members of DARA. Search based on rental type, price and more! 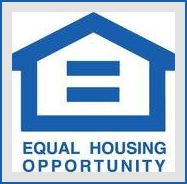